Living on One Dollar and Liliana

I watched the movie ‘Living on One Dollar’ (which is on Netflix) this weekend.  It follows four college kids as they live on an average of $1 a day for two months in rural Guatemala. They learn first hand about the struggles with getting enough calories, parasites and other hardships.  While this shows an extreme hardship for most Americans, this is the reality for over 1.1 billion people around the world.   They try microcredit (through a microfinance institution in Guatemala) and they track the results of others in their community who take micro-loans.  They used their loan (of US$125) to start a radish farm and had great success.  They followed others who benefited greatly from loans through the microcredit organization.  At one point they commented on how the micro-lending may be one of the only options for people starting out or recovering from natural disaster. 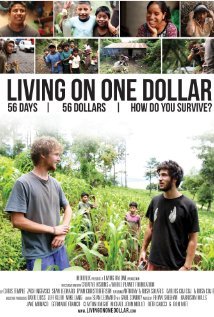 I want to present brief profile of a client in Nogales, Mexico who benefits from the support of ProMex Group.  Liliana Lopes is a member of a borrowing group that they named El Milagro. She is 37 years old and originally from Los Mochis, Sinaloa. She has been a borrow for three years.

She has a loan of about US$800. She has two businesses, a hot dog stand and a small home store. She opens her hot dog stand on the weekends and works there with her husband and son. They serve popular Sonoran hot dogs.

During the week, she sells products that she buys in bulk at a large store in Nogales. She sells snacks, school suplies and household products.

Her husband, in addition to working with Liliana at the hot dog stand has irregular work as a carpenter.

The money from her businesses, which began with her loans, has greatly improved her life. Her son has been able to go to a private school, the family diet is steady and healthier than before and their home has greatly improved. Her loan has also helped her with any unsteady cash flow.

If you support creating economic opportunities along the Mexican border (in Mexico), consider supporting ProMex Group (charitable microfinance for the Mexican border).  You can Donate, Lend, Donate items (especially computers), allow us to Speak and Visit the project.  Please contact us for more information. 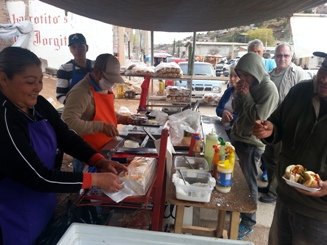